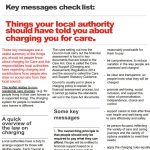 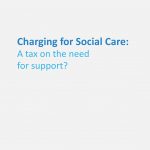 Things your local authority should have told you about the charging for your care?

We have produced an overview of the law on charging, how it sits within the Care Act 2014 and some things you need to know about the financial assessment. It explains the Minimum Income Guarantee (MIG) and Disability Related Expenses (DRE). Inclusion London have kindly provided an example letter template to use with your local authority to request a financial assessment to review your social care charges.

Charging for Social Care - A tax on the need for support?

The Independent Living Strategy Group recently carried out a study of local authority charges for social care, exploring in particular whether and to what extent the practice of charging is undermining people's wellbeing, the primary purpose of social care services as set out in the Care Act 2014. We examined some key features of the way local authorities implement    charges and gathered evidence on the impact of charges on disabled   people. Our study comprised of two parts: an online survey of more than 600 people who had received a community care assessment; and a Freedom of Information request to 152 English local authorities.

read more about the key findings or the report here 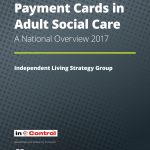 John Waters from In Control has researched and authored a new report for the Independent Living Strategy Group (ILSG). Based on Freedom of Information returns from all English councils with statutory social services responsibilities, the report reveals major concerns about payment card practice and makes recommendations on how councils can properly comply with Care Act guidance. The investigation was sparked by the experience of a member of the ILSG who had to fight hard to realise her rights to a choice over how her direct payment was managed. Many similar experiences have been reported to the group, leading it to decide a full investigation of council practice was warranted. This was undertaken on the group's behalf by In Control. 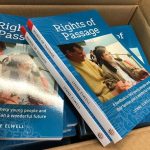 Lynne Elwell has put her heart and soul into the disability rights and inclusion movements. She has collated a realm of good information and inspiration along the way and we have had the honour and pleasure to record these and create a handbook which can gifted it to people and parents all over the world.

As you would expect it is a brilliant valuable resource, a comprehensive dossier of quotes, tools, advice and stories.

The book is £8.99 plus delivery, if your would like to order a copy you can do it through the link here...

Order form for Rights of Passage
Order through Amazon.co.uk 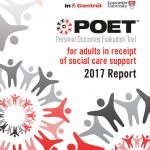 2017 POET Report for Adults in Receipt of Social Care Support

By measuring people's experience of accessing support and featuring outcomes structured around the domains of wellbeing, the POET (Personal Outcomes Evaluation Tool) provides local authorities with a clear and simple framework to measure how well they're meeting the requirements of the Care Act and to demonstrate the impact they're having on the lives of local people who need support. 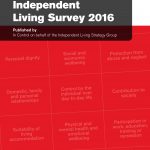 Report on the Independent Living Survey 2016

In April 2015 the introduction of the Care Act in England radically changed the way in which care and support services are organised. The act places local authorities under a very powerful obligation. They are charged not just with having regard for, but with actually 'promoting' an individual's wellbeing. The act also covers many of the obligations the government has signed up to under the UN Convention on the Rights of Persons with Disabilities.  In this regard the Care Act is a very significant and welcome development.

However new duties are being placed on local authorities at a time of unprecedented cuts to their funding.) In the lead up to the introduction of the Care Act, adult social care departments have had to make 'budget savings amounting to 26 percent over the last four years, the equivalent of £3.53 billion'). Further, the Care Act is being put in place alongside a major organisational change to the way care and support for many disabled people is funded as the Independent Living Fund has now closed and its once ring-fenced budget has been transferred to local authority control.

This report, published by In Control on behalf of the Independent Living Strategy group, presents the findings of an online survey looking at what impact the Care Act is actually having on the day-to-day lives of disabled people living in England today.

read more about the key findings of the report here 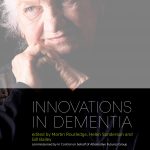 This is a new resource sponsored by Alternative Futures Group and developed by In Control working with Helen Sanderson Associates. The e-book aims to help those who want to develop much more person centred community based supports for people with dementia.

We have researched both promising developments for people with dementia and also innovations developed in other fields which we believe could be adapted to include people with dementia. None of these approaches are currently happening at any kind of scale, but we believe they present potentially important opportunities for improvement. The e-book format allows readers to follow up specific innovations of interest and we have listed people happy to discuss the approaches. 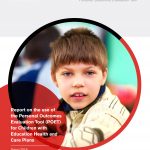 In Control has published its latest report on the pilot of the Personal Outcomes Evaluation Tool (POET) for children and young people with Education Health and Care Plans (EHCPs). The development of the tool has been funded by the DfE with 70 local areas taking part in the final year of the pilot.

The POET is unique in capturing the views of practitioners, parents and young people on the process of getting an Education Health and Care Plan (and using a personal budget) and the impact it has had on their lives - asking meaningful questions about what is and isn't working: 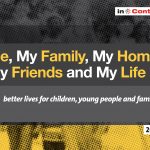 Me, My Family, My Home, My Friends, and My Life

Me My Family My Home is ambitious. It seeks to make significant improvements to the lives and support received by children, young people and their families, moving to a single 'whole life, whole family' approach.

Funded by the Department for Education, the project focused its energies on supporting six local authorities and their partners to develop new support packages for children and young people with complex needs and complicated home lives.

read more about the Me, My family, My home, My friends and My life project here 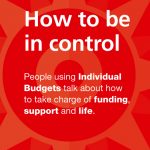 How to be In Control DVD

The video clips in this set of pages come from the In Control DVD titled ‘How to be in control’.

The DVD has been organised under In Control’s seven steps to self-directed support and stories.

How to commission for personalisation - September 2014

Measuring the outcomes of EHC plans and personal budgets - July 2014

Self-directed support and early intervention - May 2014 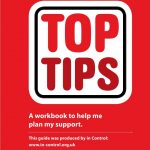